Who was the grandmaster of the Gyokku Ninja Clan?

"Master, what were your own master’s masters like? Is there a 'grandmaster' in the Gyokku Ninja Clan?"

You must understand that in a family environment - an extended family environment - EVERYONE trains. This means that, as the years pass, everyone becomes a master. As decades pass after that, everyone becomes a 'grandmaster' (though the ninja do not really have this concept - I only use the word because you used it). The ninja clan does not have a single authority figure as many other martial arts have. This is not because there isn't authority - we don't have single figures of authority because EVERYONE from each generation is EQUALLY well trained, and eventually becomes a powerful trainer of future ninja, and an authority on Gyokku Ninjutsu.

Most of our masters from two generations back (that is to say, our master's masters) fought ferocious battles in South Asia in WWII.

They used to specialize in 'death by environment'.

For example, they would line a jungle trail with sharp bamboo spikes tipped in human excreta, and then, when an enemy patrol came up the trail, they would fire a few shots into the air from cover, and the entire enemy patrol would leap off the train and impale themselves on the spikes.

An emphasis on survival in brutal and hostile environments

My apologies for introducing such a theme to our discourses, but these masters (they would be considered grandmasters today in the terminology of other martial arts) who fought in the world war were actually men whose systems of combat were tested in battle in one of the most harsh environments in the world. They were so impressed by this environment (of the South Asian jungles) that after the war they instituted regular combat and survival tours in these jungles for all members of the Gyokku Ninja Clan.

We have continued to do these survival tours for two generations now. 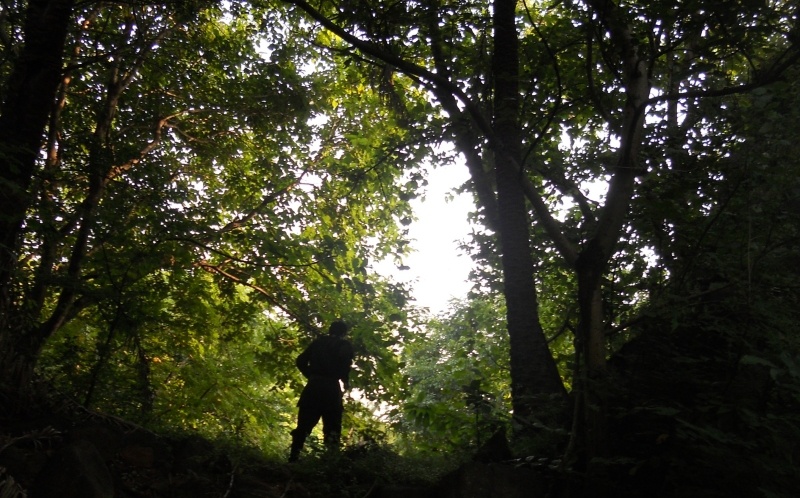 It is actually very interesting - one encounters birds and animals and plants that are completely outside one's experience, and perhaps outside the experience of human science! One cuts one's bow and arrows from bamboo thickets, makes spears from fire-hardened wood, hunts and fishes one's own food, learns to avoid the dangers of the jungle.

And the stars are never so bright as when viewed from some hill-top in a south asian jungle.

As I said, it is most interesting.

...Did you find this page interesting?
HERE ARE OTHER INTERESTING PAGES ON THE GYOKKU NINJA CLAN...

| Culture of the Gyokku Ninja Clan | | Benefits of becoming Ninja |
| How many Ninja Clans exist? | | Do ninja clans have specific 'specialities'? |

| How long must one train in Asia? |
| What are the ninja grandmasters like? | | How are ninja squads run? |
| What is the combat costume of a ninja? |
| What does the clan do to a ninja who betrays it? |
| Are there traditional villages of Ninja? |