...AWARENESS OF THE GYOKKU NINJA…

THE EVOLUTION OF THE SHADOW WARRIOR

For much of its millennia long existence in the Himalayas, the art that would later become known as Ninjutsu was essentially a Way of peace.

Then the Way traveled into China in the time of the Tang Dynasty; and while on its travels, the Way began to evolve.

When it entered Japan, it gradually transformed into a way of ultimate survival, a tool, indeed, of war. A thousand years of warriors and teachers have amassed an array of techniques in the art that are extremely comprehensive. Below, you may begin your explorations into the methodology of the ninja...

The first lesson that a Ninja learns is awareness, to reach out with mind and senses, and to be truly aware of the world and the people that surround oneself.

The ninja engage in special meditations that extend their sphere of awareness; while also doing exercises to enhance their perceptions. Thus, many things that escape the notice of others remain within the perceptions of the ninja. 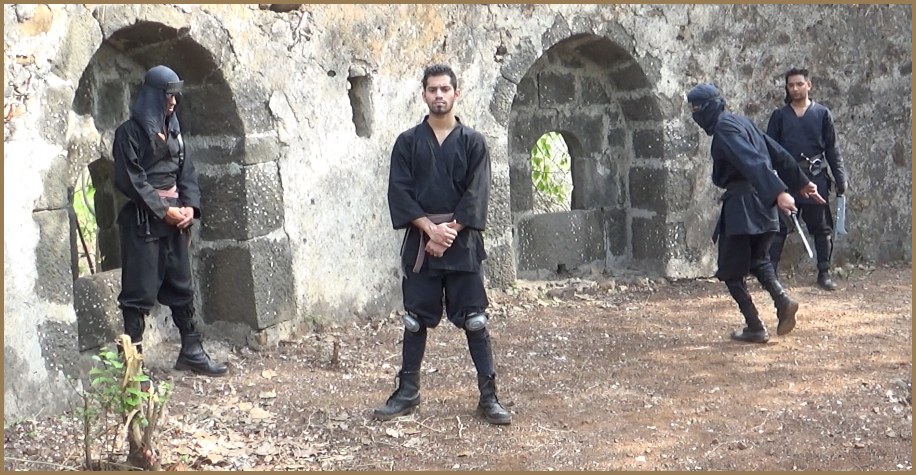 This training in awareness goes far beyond what most of the world believes to be possible… in one of the advanced training exercises of the ninja, a student throws shuriken against a board, while a master attacks the student from behind with a thrown weapon, at random.

The student has to be aware of the master, to read his intentions, and to avoid the thrown weapon, all without turning around to actually look at the master.

But, of course, awareness alone is of little value without training in…