THE WAYS OF WAR OF THE SHADOW WARRIOR

Ninja train extensively in evasion - ninja students who are first learning to use the nagamaki (the long-handled sword shown above), find that their initial lessons are in combat using evasions to avoid an opponent's attack, rather than the more conventional use of blocks or deflections.

Each warrior, training with a wooden bokken (a training sword), will make attacks while simultaneously evading his opponent's attacks. In these initial exercises, direct blocks with the sword are not used. This enhances the ninja's reactions, agility and footwork

Teachers of the Gyokku Ninja Clan only allow blocking and deflection once the ninja has mastered the far more crucial art of directly evading the opponent's blade. Overlaid upon the training in evasiveness is, of course, offensive combat capability. Most attacks use some sort of weapon, for the ninja is not an empty-handed combatant from choice. I might mention here that a Gyokku Ninja, even using a weapon, will only strike to specific vulnerable areas, considering a wild blow to the opponent’s body or head to be wasted effort. Each strike attacks some weak point on the opponent’s body – a nerve, a tendon, a blood vessel, a weak area of the bones.

The ninja’s weapons are roughly in two categories, the overt and the covert; that is to say the weapon that is used openly, and the weapon that is concealed. The hebi or serpent-axe, may be an awe inspiring weapon, but the small steel yawara, concealed in the fist, can multiply the effectiveness of hand strikes many times over, disabling one opponent per attack. Below you may see a Kongou, or Vajra, the original forerunner of the yawara.

Empty hand techniques are always intended to be used in conjunction with the use of weaponry, and often with nerve-poisons as well. Subtle methods of manipulating force allow the ninja to strike with many times his apparent power.

Nerve-strikes studied by the Gyokku include a two-fingered strike to the neck that can disable an opponent for several minutes. Attacks to the bones - called koppo bone-shattering techniques - are also used. One such technique can shatter the sternum and drive bone-splinters into the heart. Another technique can crush the ribcage, making breathing difficult or impossible. 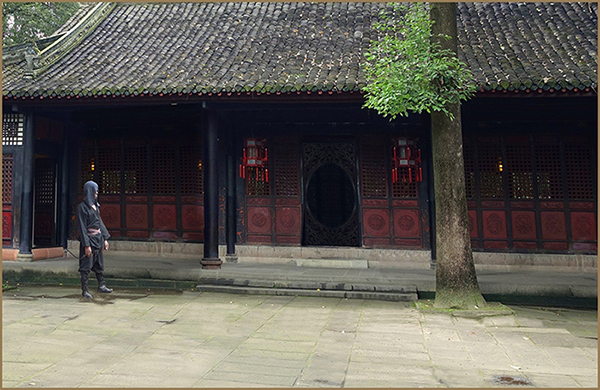 Indeed, the arsenal of ninja combat methods is vast, including various grappling methods, such as the one used below. Nevertheless, the Gyokku Ninja do not generally use locks and throws in combat unless absolutely necessary, as these methods are cumbersome and leave one open to attacks from multiple armed opponents. To use grapples or locks instead of weapons against multiple attackers is to sacrifice one's life.

The use of many weapons deployed by the ninja - for example, the shuriken, or throwing blades - are actually entire arts in themselves. A ninja is usually armed with close quarter and medium range weaponry, as well as with some throwing or intermediate-ranged weapon. Some ninja make a practice of carrying a slim steel bow - no more than about two feet long - that can easily be concealed in a bag. This bow has an accurate range of no more than a hundred feet, yet is a potent silent tactical weapon in a city environment. The ninja also use a system of meditative combat, in which they put themselves into a meditative state in which they can sense the flows of Ki, or the flows of the cosmos, both in themselves and in an opponent. This allows the ninja to sense the intentions of an opponent, and to sense and avoid an attack before it occurs. Sparring in this meditative state, both with and without weapons, hones a ninja's fighting skills, as well as enhancing endurance. 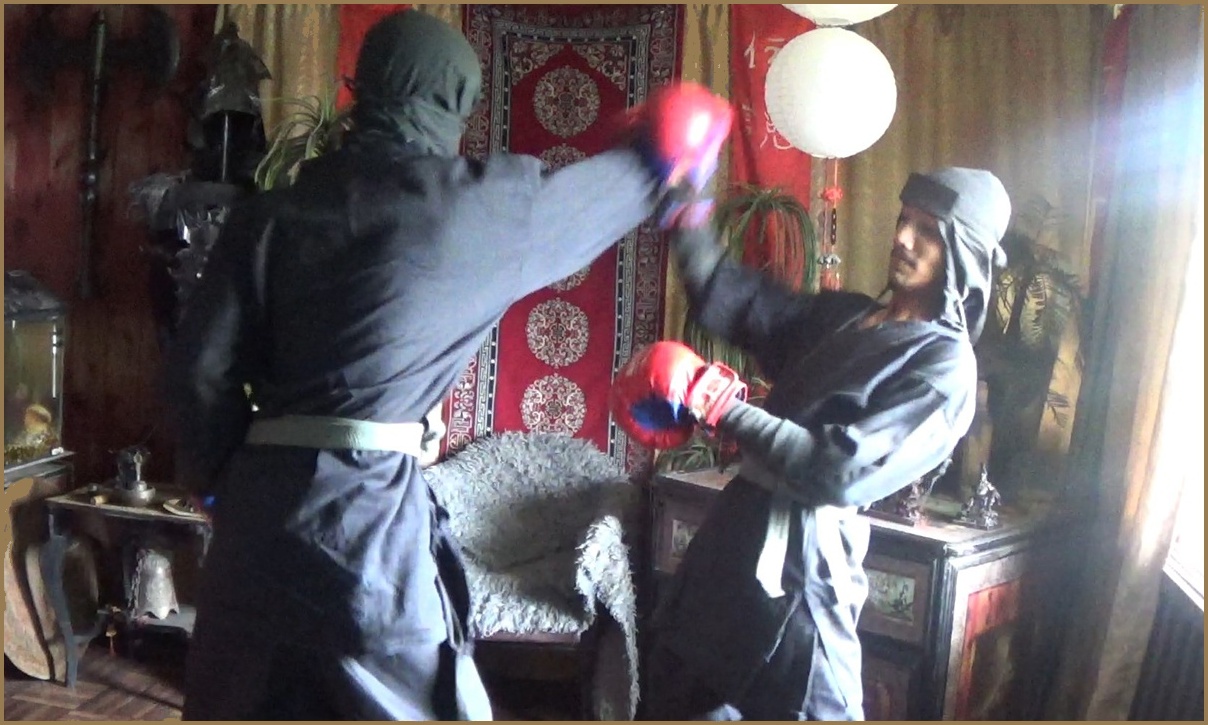 To know more about Ninja weaponry and equipment, go on to the next page...

NEXT PAGE: NINJA EQUIPMENT AND WEAPONRY >>

<< AWARENESS OF THE NINJA