Greetings, honored members of the Gyokku Clan. Here begins your Intermediate Level Genin Training. All that we have done before are mere basics - training designed to prepare your body and mind to learn the true methods of attack and defense that constitute the training of the Ninja Combat Infiltrator. 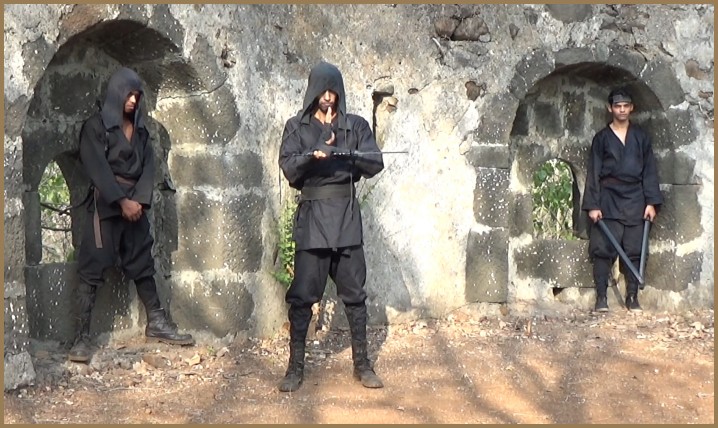 The universe is INTERACTION, my students. How you interact within yourself (for your mind represents a universe in itself), with the people around you, with the universe at large - this is what defines you as ninja, as a being who is not merely a warrior, but an advanced consciousness. Well, my brothers and sisters, enough of philosophy for now. Many of you are not here to hear us speak of ancient ideas. Those of you who ARE interested must contact the masters and TELL us that you are interested. And if you do so, we shall teach you more of the ancient philosophies and meditations of the ninja.

Meanwhile, you are here to learn the ways of combat. So we shall do so. Here we begin to learn EVASIONS.

Training in these techniques is to be done with a soft rubber knife, or something that simulates it, such as a rolled up newspaper. The ninja in the videos is executing the techniques against a short sword SOLELY for purposes of demonstration. You must not train outside a Gyokku Ninja Dojo against a live, sharp blade. Train safely. Live longer.

...EVASIONS - MOVING THE BODY FROM OUT OF THE LINE OF ATTACK...

In this training session, you leave behind the basic training and move to Intermediate Genin Training. The first techniques you will learn here are Combat Evasions. Here you will learn the basics of avoiding an enemy's weapon in melee combat.

While many combat-oriented martial arts emphasize blocking an opponent's attack, ninjutsu uses evasions to remove the body from the line of attack. This is NOT to say that a ninja will not use blocks - of course he will. However, a ninja combat infiltrator quickly becomes adept at using evasions in the course of his training. A ninja is adept at not only using evasions against empty hand attacks, but also in knife fighting, where the ability to evade an enemy's attack can spell the difference between life... and death.

I want you to study each evasion carefully, and practice all of them again and again every day until you can execute the physical movements flawlessly. Next week we will teach you how to train your body to move faster than most other humans, so that your evasions can become extremely effective.

There is no better principle of combat than to be expert at damaging your enemy WHILE ALSO being expert at avoiding taking damage from that enemy. This simple principle is one of the keys to combat victory. 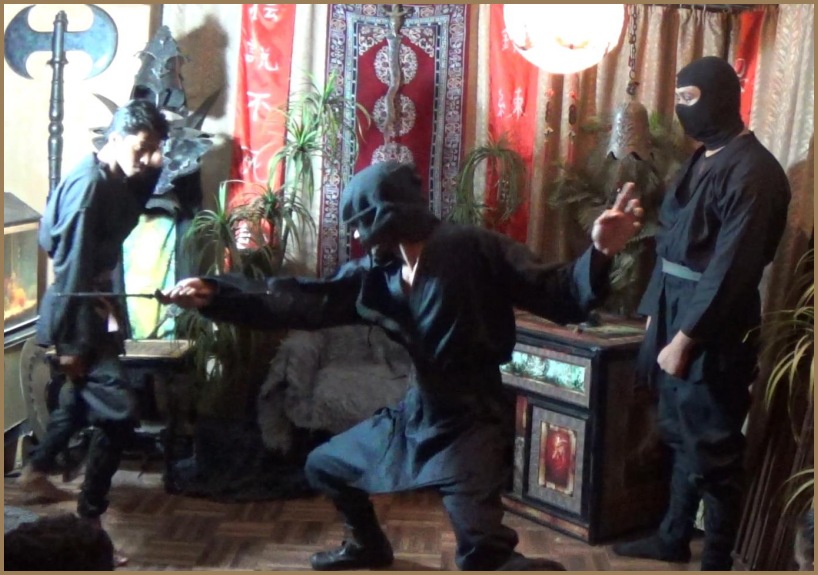 There are four basic evasions. Practice these well. Your aim is to learn to do these evasions smoothly in the course of the next week. Once you have mastered the basics of moving correctly, you will be taught methods of increasing the speed of your evasions, and of improving them by enhancing your sphere of awareness.

Now go on, my students, to learn the combat evasions below...

EVADING AN ATTACK TO THE HEAD

EVADING A BLADE THRUST TO THE BODY

EVADING A WEAPON CUT TO THE BODY

EVADING A WEAPON CUT TO THE LEGS

Once you have studied the combat evasions, you should then learn...

ENHANCING THE SPEED OF YOUR COMBAT EVASIONS