The Gyokku Ninja Clan adopted, more than a millennia ago, the fighting systems and philosophy of a combat tradition from China called the Way of the Jeweled Tiger.

The word 'Gyokku' itself can be translated into Jeweled Tiger, or Sphere of the Tiger.

Many combat methods and philosophies of the Clan are based upon the methods of the Jeweled Tiger Tradition. These combat methods will be taught to you, in detail, in the course of your training. Here, below, is some of the philosophy...

Below is a legendary conversation between a master of the Gyokku and his students, that will introduce you to one of our core philosophies.

...DEFINING THE COURAGE OF THE JEWELED TIGER...

The master was walking with a few of his students.

“Humans are very foolish sometimes, my deshi,” the master said to his students. “They often have some very peculiar ideas. For example, there is the concept of courage. To many Samurai, for example, courage means to be unflinching in facing one’s own death. This is an interesting concept, of course, but there are many creatures on this planet who have better ideas of courage.”

“Take the great cats, for example. A great cat will only fight a battle that it can win. It will not risk serious injury in fighting against a formidable opponent, because it knows that even if it succeeds in killing such an opponent in a pitched battle, it will itself be inevitably injured. These injuries will prevent it from hunting, it will starve, it will grow weaker, and eventually will die.” 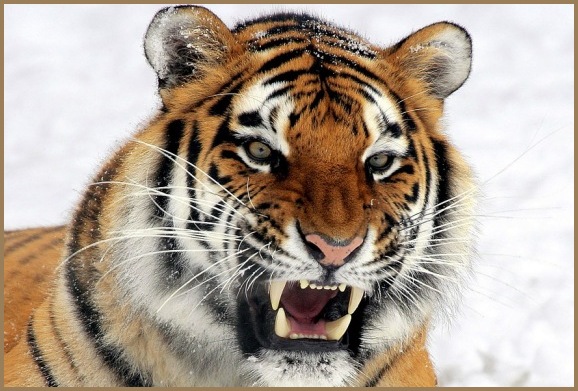 “This is what I mean when I say that the great cats have a more sensible view of courage than humanity. A great cat is a fearsome warrior. It goes into battle with an awesome knowledge of its own strengths. But when faced with the unfamiliar it will not engage in battle until it is more than reasonably certain that it can destroy the unfamiliar opponent. It has no concept of ‘honor’. If confronted with an enemy that it knows can seriously hurt it, despite its own great power, it is utterly shameless in fleeing the encounter, and gives no thought to what humans would call its ‘cowardice’.”

“Though, truly, only a fool would call one of the formidable great cats a coward.”

NEXT PAGE: THE BASIC COMBAT THROWS >>

...Have you read the previous page?...
<< BREAKFALL FLEXIBILITY EXERCISE

...Use the Links below to Access all the Training on the Site...
GYOKKU NINJA TRAINING TUTORIALS >> BREAKFALLS, GYOKKU PHILOSOPHY >> GYOKKU NINJA CORE PHILOSOPHY