The Reverse Roundhouse Kick or Ushiro Mawashi Geri to the knee is a highly effective combat move. It is much like the forward MAWASHI GERI, except that it is applied to an opponent approaching from behind.

DETAILED TRAINING IN EXECUTING
THE REVERSE ROUNDHOUSE KICK TO THE KNEE

The reverse roundhouse kick is executed much like the forward roundhouse kick, except that it is used against an opponent approaching from behind. Instead of whirling the body forward to gain momentum, you whirl the body backwards. While you are doing this, you fold the leg to utilize the muscles of the thighs, and then you thrust out powerfully at the knee of the opponent, using the force of gravity to increase the power of your kick as well. This means that you must put the weight of your entire body behind the kick. When this kick is delivered in this way, a ten-year-old child could break the knee of a full-grown man. This kick is an excellent self defense move to use against an attacker armed with a close range weapon, such as a knife, as the body tends to lean away from the opponent as you deliver the kick. As with the regular mawashi roundhouse kick to the knee, the reverse roundhouse kick can also be delivered by rising slighltly into the air to put even more bodyweight behind the blow - if you do this, make sure you move quickly and with adequate control. 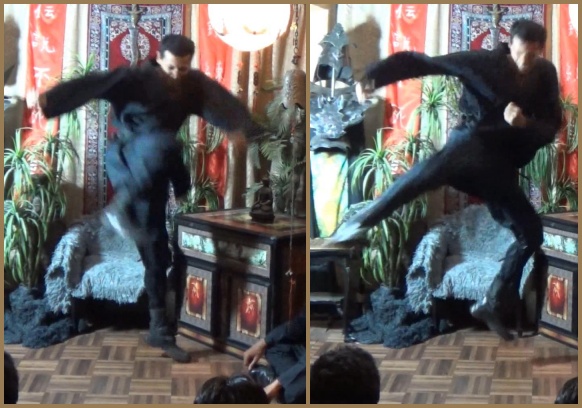 The effect of this kick, if applied successfully, is generally to disable the opponent. If applied to the front of the opponent’s knee, it usually results in a broken joint. If applied to the side of the opponent’s knee it will result in a dislocated knee. Though the opponent will be disabled, and in great pain, he could still be dangerous. He might cut at you with a knife or grab your leg. If you are in combat against multiple attackers, you would be well advised to take out such a disabled attacker with one of the ground finishing moves that you will taught later in your training.

A CRUCIAL POINT TO REMEMBER

...READINGS FROM THE SCROLLS...
The Purpose of Life

The student was practicing the thousand formal cuts of the way of the sword. And the masters watched him. Day after day he would train, without exception. Never would he do anything but focus on his training.

One day, the student arrived at the training area, and reached for his weapons. He found them bound with cord upon their racks. He sensed a presence behind him, and turned at the approach of one of the great masters of the Clan.

“My student, you train with the dedication of a true member of the clan. You give the clan your love and dedication and service. You honor us, your masters, with your training. For the next month, you will not train at combat. In service to you, the clan shows you other ways to live your life.”

Over the next month the masters taught the student… joy. They showed him how to paint the great savage slopes of the mountain that rose beyond the village of the clan. They taught him to appreciate the grass, the flowers, the sunlight, the colors of a butterfly’s wing. They taught him how to work wood, to create shapes with it that pleased him. They showed him how words can be written so that one’s ideas become immortal.

“This is the purpose of life,” said a master, at the last, “Joy. Never forget that, my deshi. In the course that you walk in life, never become so absorbed in one great task, or, even worse, in the simple mechanics of existence, that you forget joy. For the experience, the pursuit, of joy – this is the purpose of your very life, and this takes time.” 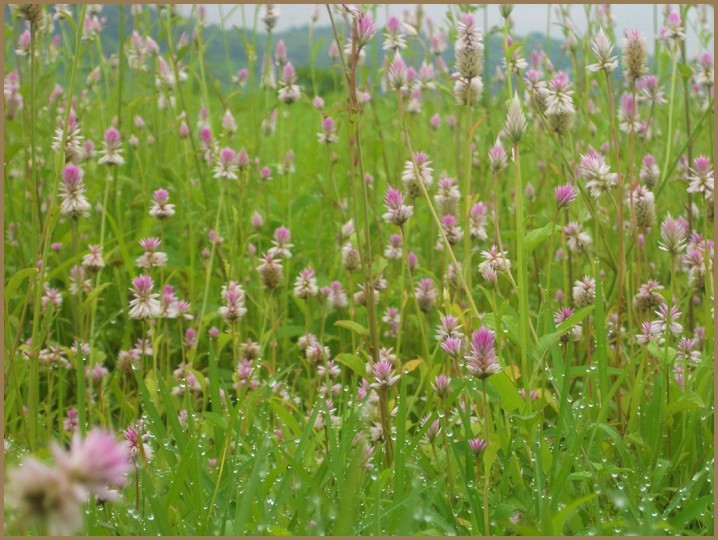 NEXT PAGE: KICKS TO THE SHIN >>

...Have you read the previous page?...
<< DISABLING R0UNDHOUSE KICK TO THE KNEE