Which is deadlier in Gyokku Ninjutsu training,
the naginata or the bo staff?

Whether in Gyokku Ninjutsu training or any other combat form...

The effectiveness of a weapon depends on the skill of the wielder!

Nevertheless, that said, the naginata is intrinsically deadlier than a bo staff because it combines both the capabilities of a bo staff and of a bladed weapon. The slightest cut of a razor sharp blade is lethal. The heavy staff can break most swords – however, a blade at the end of the staff combines this ability with the cutting ability of a sword. 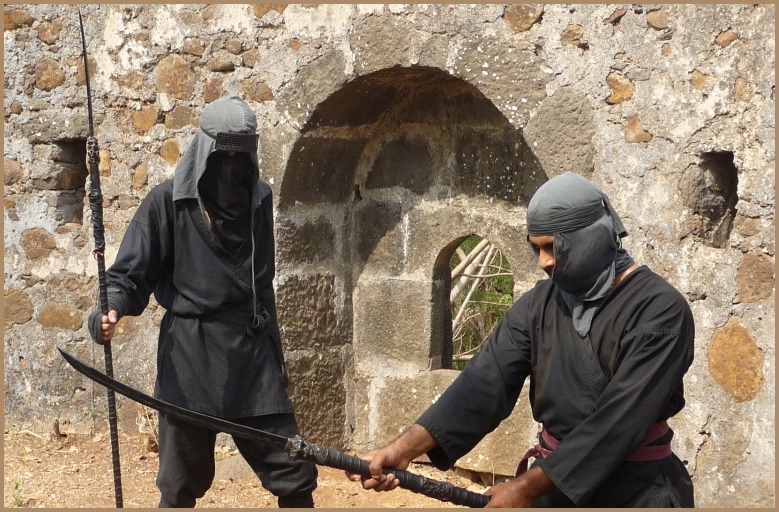 Armies throughout history have used halberds – no army ever used bo staffs. This is because an army armed with bo staffs would be utterly destroyed if it came up against another army armed with halberds or spears.

Gyokku Ninjutsu training advocates the use of steel weapons wherever possible...

We have a saying in the Gyokku Ninja Clan – metal is inimical to flesh.

This means that metal weapons do injury to the human body that is out of all proportion to the size or heft of the weapon. This is an important lesson to remember.

The bo staff through the ages has been the resort of resistance forces like the forces of Okinawa, that were pitted against the samurai. It is effective only in the hands of a guerrilla fighter, who himself uses it only when he has no better weapon. Give a choice, most ancient wielders of the bo staff would use a naginata instead.